Some Field Notes on Wild Life: Collected Works from 2003 – 2018 by Kathy Fish (in Randomized Order) Published by Matter Press 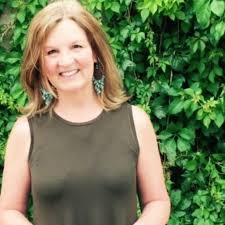 The Lines That Would Not Be Considered “Killer” But Are “Killer” Because They Are Not Necessarily “Killer”:

Favorite Stories (in no particular order and almost impossible to choose and completely subjective):

Some of the venues these stories originally appeared in:

I once took a workshop with Fish in the middle of a desert (actually above a desert on a mountain) and she is as good and human as her prose (but you don’t need to know this; you just need to read her words).

Purchase this book from: https://matterpress.com/wild/

Jonathan Cardew’s stories, interviews, and articles appear or are forthcoming in Atticus Review, Flash, JMWW, People Holding, Smokelong Quarterly, and Segue, among others. He teaches at MATC in Milwaukee. He was a finalist in this year’s Queen’s Ferry Press Best Small Fictions. More at his website: https://jonathancardew.wordpress.com/.