The lost journals of Henry Darger give a soiled theme to the recluse’s childhood. As this fierce horror of kindergarten psychopathy all moved from station wagons to a locked classroom, bedlam inflamed. Henry hung from a hook through lunch and recess every Thursday. That was pizza day. “Ugly”, says the Times, of those early years when Darger was forced to wear his mother’s plaid-poly pants suits with a globular face stung by teeming multitudes of mosquitos she kept in the larder whenever it was class photo day, and every other Monday. Note: Darger was dangerously allergic, laden with screaming red lumps burbling an over-boiled stew. Having survived a disturbed adolescence of breast-feedings and country music, Darger’s latter years of jerking off to Johnny Cash absolutely made sense. Don’t miss these harrowed truths, never before exploited, of a disenchanted, misconstrued (Darger was severely constipated) genius of debauchery.

The Zodiac Killer: Who Are The People In Your Neighborhood? 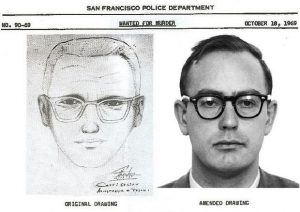 Taunting letters and cards were sent to the San Francisco Bay Area press. These letters included four cryptograms (or ciphers). Zodiac murdered five known victims in Benecia, Vallejo, Napa County, and San Francisco between December 1968 and October 1969. He claims to have killed over 37 people through the 60’s and 70’s. The case is still open.

This latest biography is tantalizing to enigmatologists! The Zodiac Killer might still be lurking. A team of cruciverbalists have put together the ultimate in puzzle mania! Much of the known details of this serial killer are out there. But what have the detectives held back? This is where you puzzle solvers come in! We’ve designed a one-of-a-kind sleuth puzzle book of those facts held back from the public! Become one of the first pedestrians to:

This is Zodiac’s score. What comes from the cipher authenticated in this book?

Are you excited? Help California excavate this killer and put him on a postcard. Help uncover the mysteries of these puzzles and make a HUGE STAMP in the world (Forever Stamps are still available)!

Get a copy before these beauties are revealed!

Order now through Amazon for a 10% discount!

Allan Stewart Konigsberg aka Woody Allen: From Stage Front To Toddler’s Back Stage: Can You Say Pedophile?

Hope there’s an opening for Woody in this trailer park of compatriots!

A mesmerizing biography of the early years of ‘Woody’. Yeah, his cousin, Hank, says. I did do the little fuck! He was always reciting commercial jingles. I couldn’t take anymore. His grade inflation in school was due to his mother, Nettie, screeching, “the kid’s a genius, don’t placate his social disease!”

Allen’s best friends as a kid were a tree stump that never left him and insect colonies he annihilated to prove his prowess over the small and unprotected.

When he started writing, directing, producing, his films he said to no one, because he had no one to answer to, but himself: ‘the girl is 18, the girl is 17, the girl is 16. She wears mini-skirts and cries over me. I try to give her advice. She wants only me. ME!

I get that! I fuck her. She is overwhelmed with the sanctity of my penis. It is the size of my lips. Repressed slits of my being.

I am New York. Let us all rise together in hunger for my attention. Yes.

The actors want only a small cut, because this is, after all, ART!