All The Ghosts We’ve Always Had by Jules Archer, Thirty West Publishing, 2018

All the Ghosts We’ve Always Had by Jules Archer, Thirty West Publishing House, 2018 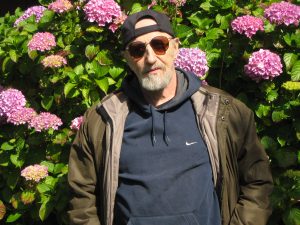 Here is a gutsy mosaic of moments. Moments masterfully and poetically rendered. Authentic travels through growth and living. Of family fractures and survival. Writing, that maintains that hard-won balance between implication and explanation.

A mother wants to “fly away with the bats.” Who, under the crush of loss, tears a teddy bear to pieces. “Tufts of cotton skim the air. It’s black, glass eyes pop off. The pink ribbon cyclones to the carpet.” A daughter watches her father kiss a woman at the counter of a gas station. “…my father leans against the counter. His fat stomach grazes her curved hip. Hey sugar, he says. The gas station woman blushes. She’s showing a tendril of neon green bra strap.”

Microfiction? Prose poetry? Defining that middle territory, it hardly matters. Truth is spoken here. Our protagonist, pregnant now, and being robbed, thinks: “I want to tell him I am not here for this nonsense, I just bake pies. But I say nothing because he does not hold the gun right. The angle of it is crooked and cruel.”

These brilliantly compressed, yet expansive pieces, remind us that we hold the ghosts of all the phases we have lived, and the things that we have witnessed. Here is a literary substance Jules Archer has created not unlike a diamond. Hard-edged and multifaceted that can cut through glass, your heart. And stun the eye with what it makes of light.

To order your copy: https://www.thirtywestph.com 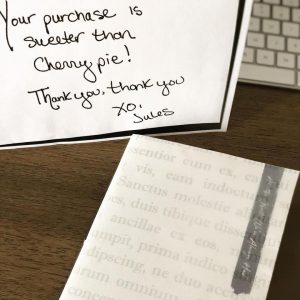 Robert Scotellaro was born and raised in New York City. As a young teenager, he naively submitted his writing to The New Yorker. He soon realized it took more than “being one” to get in. He worked doing advertising layouts for Barnes & Noble for a time. Subsequently, he served as a combat medic in Vietnam, as well as a Ward-master in a makeshift Mash-like medical unit. Returning home, he became a founding member of Earth People’s Park in Manhattan’s Lower East Side, a large community/outreach facility. A highlight of that period was that he once played bongos on stage as Allen Ginsberg recited poetry. In 1970 he relocated to San Francisco and began a family. There, he found literary journals more suitable venues for his work. He was actively involved in the Underground Comix scene, producing half a dozen illustrated books, and later edited a small literary press. His short fiction and poems have appeared in hundreds of print and online journals and anthologies. He is the author of five chapbooks and a full-length book of flash fiction. He has also published three books for children. In 2003 he was the recipient of Zone 3’s Rainmaker Award in Poetry. His book, Measuring the Distance, was a Finalist for the da Vinci Eye Award and received Honorable Mention for the Eric Hoffer Book Award. He currently lives in San Francisco with his wife, daughter, and his writing companion, a real cool dog named Addie.